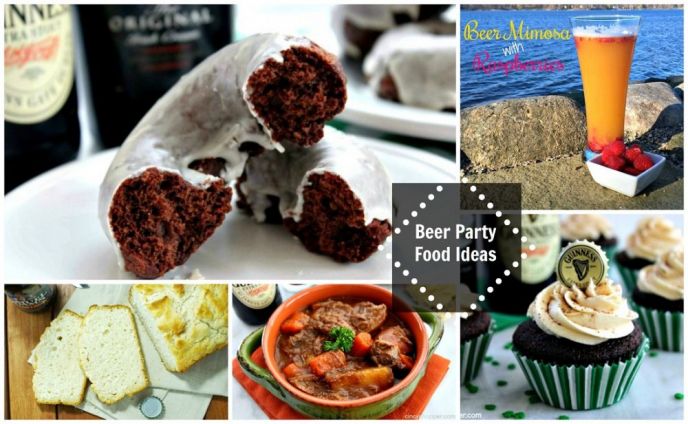 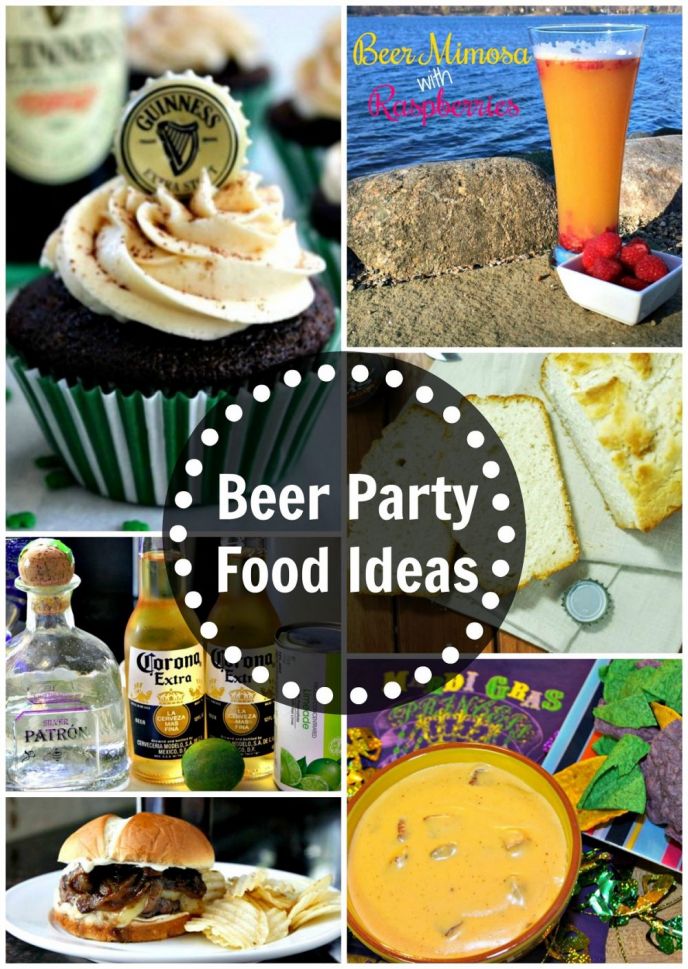 Are you ready to throw an amazing beer food party where every dish, from appetizers to dessert include beer? I’ve included some amazing beer food recipes for you to try! So if you’re in the mood for beer party food ideas, you’ve come to the right place. These recipes were all inspired, and made using beer! Which beers? Your favorites, of course! Once you’re done with your bottles, use them to make something cool – check out these beer bottle craft ideas.

Most beer recipes will lead you in the direction of which beer to choose, say a lager for heavier recipes and perhaps a light beer for lighter recipes. However, the flavor and brands are completely up to you!

We’ve gathered up some great beer recipes from around the blogosphere and are sharing them here with you today. We have found everything from appetizers to drinks, meals and even beer recipe desserts. So, make sure you check out all the recipes, and don’t forget to find your beer dessert recipes at the bottom of the page!

Nothing says PARTY like Mardi Gras! I’ve been to New Orleans several times and it’s a culinary experience you’ll want to take home with you. Thankfully, you can whip up your own Mardi Gras Cajun Beer Cheese Dip at home! Head over to 4 The Love of Food Blog to find this recipe! 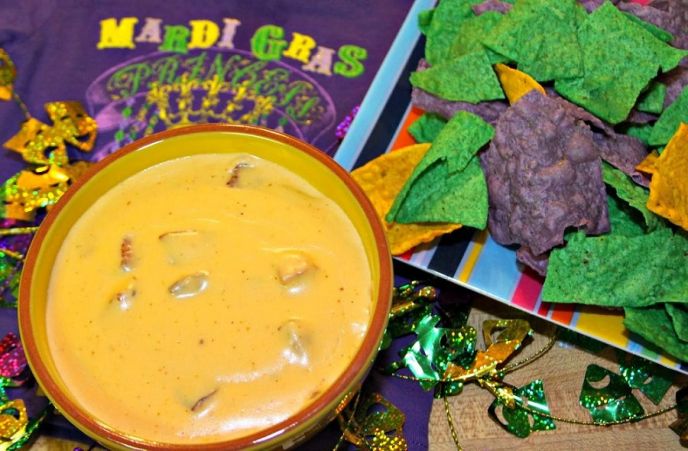 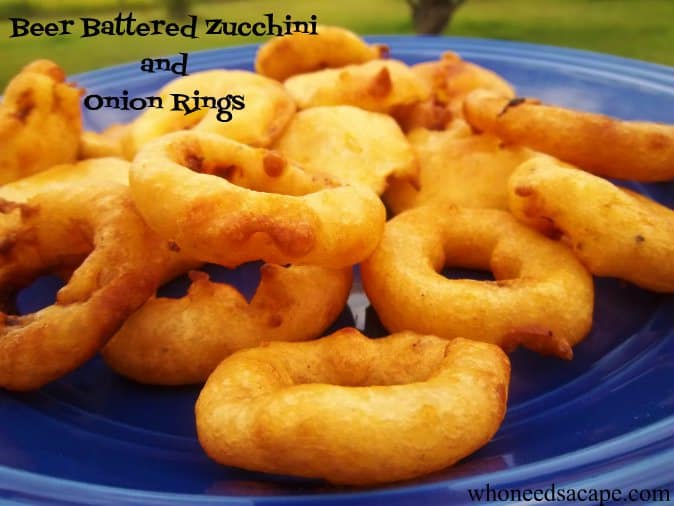 If you’ve ever wondered how to make beer bread, you need look no further. You can skip buying a beer bread mix and make your own with a few simple ingredients. This bread is a great way to kick off a beer food party! Learn how to make your own beer bread at home over at The Kitchen is My Playground. 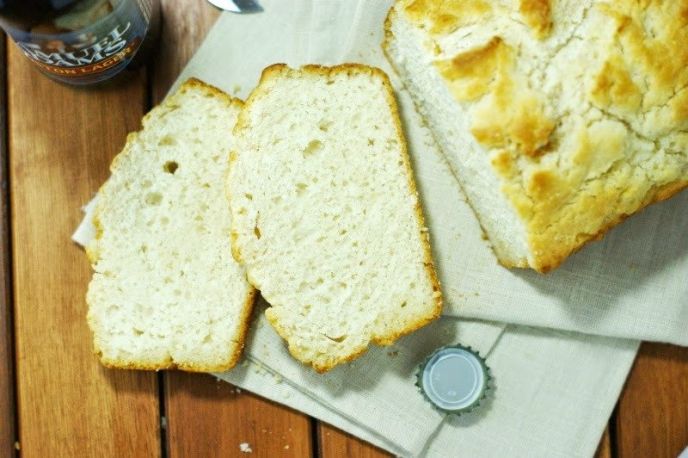 Soon to be your new favorite bread, this Poppy Seed Beer Bread is easy to make, and you may already have all the ingredients! Waste no time getting this bread in the oven, it only takes a few minutes to prepare and it tastes like an up-scale bakery bread. Invite your friends and they’ll agree, this poppy seed beer bread recipe is awesome. Get the recipe at Future Expat. 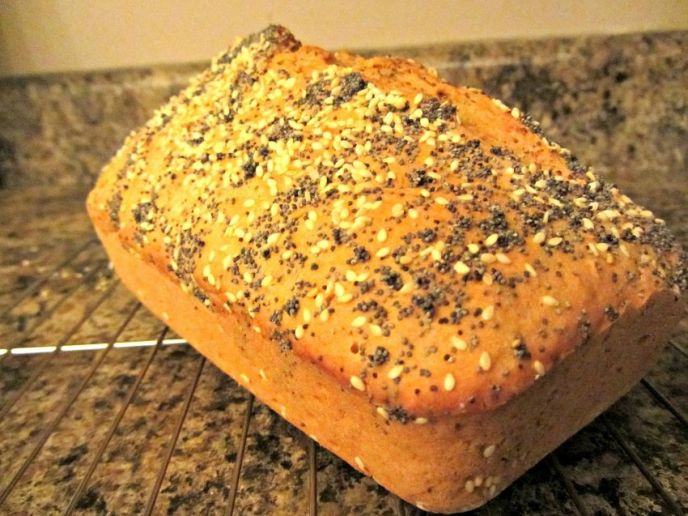 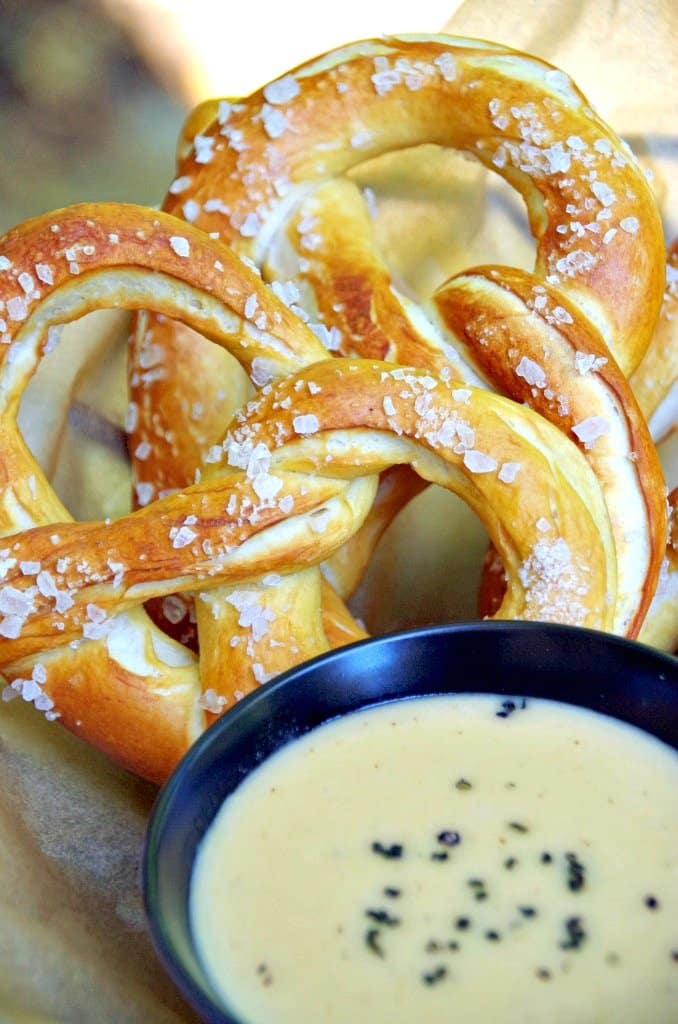 Beer is a great relaxing drink to have on it’s own, but I wanted to share with you a couple of drink recipes that use beer as an ingredient to take your beer foods party to the next level. Do you have a favorite beer drink recipe? Share your recipe in the comments below!

You thought beer was a relaxing beverage, now you can have a beer mimosa the morning and not feel guilty! Have some stragglers sleeping on the floor, wake them up with these beer mimosas! This is a perfect vacation drink – I know I like to have a mimosa in the morning while I’m on vacation! Stop by Who Needs A Cape for this beer mimosa with raspberries recipe. 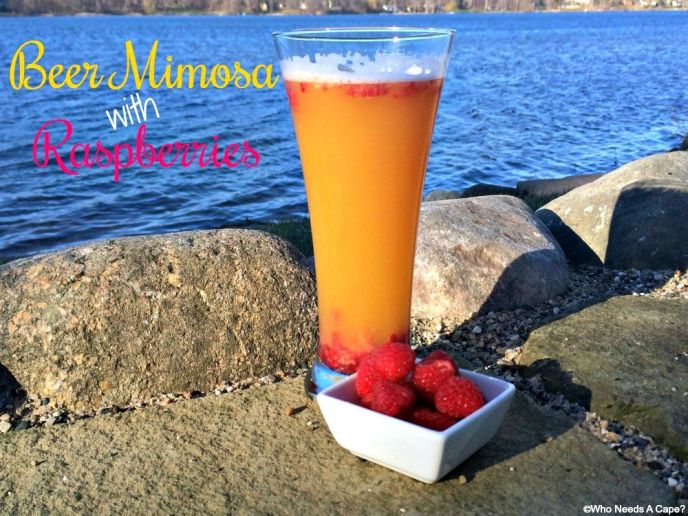 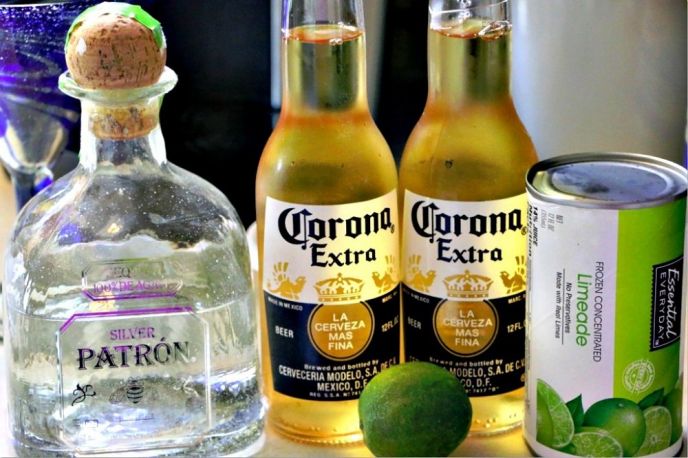 Beer and beef go together great and there’s many different dishes which beer makes a perfect ingredient for. Today, we’ve chosen to show you three of our favorites for beer and beef combination recipes. These are perfect, easy to make dishes that will impress your beer party guests! Do you have a favorite beer and beef dish? Tell us in the comment area below! 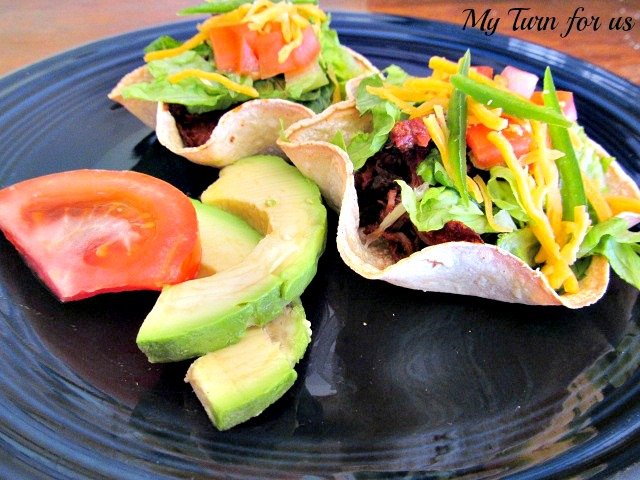 Inspired by my favorite soup of all time, French Onion soup, this French Onion Beer Burger is a party for your taste buds. Perfect for serving up as part of your beer party foods platter, these burgers will be the talk of the party! Find this easy to make french onion beer burgers recipe at Snappy Gourmet! 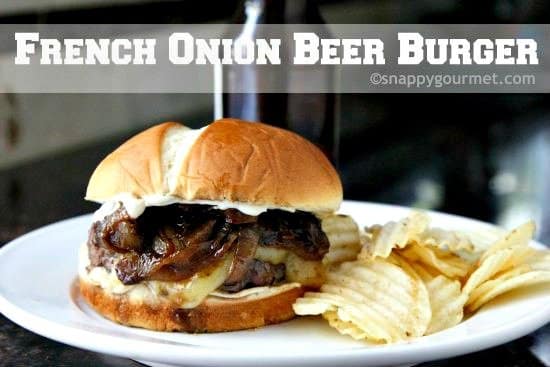 A great Irish dish to serve up as a beer party food is this Guinness Beer Beef Stew. Toss this beer beef stew on the buffet table and watch it get devoured ladle by ladle. Your guests will be impressed by your skills in the kitchen when you show off this beer beef stew! Find the recipe here at Cincy Shopper. 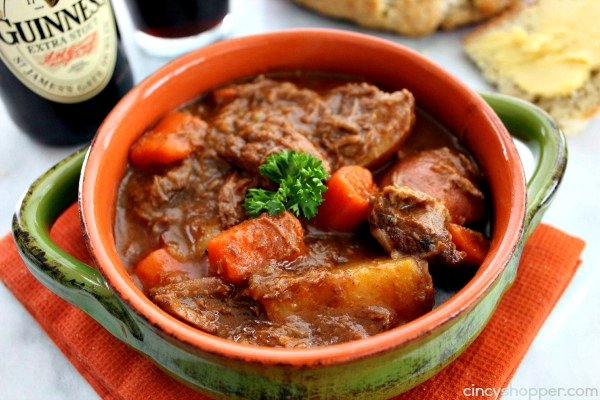 If you’re having a nice intimate beer party, this chicken and sausage beer soup is the perfect thing to warm the hearts and bellies of your guests. Fire up your slow cooker and start this soup early, don’t forget to add your favorite brew. Find the recipe for this Beer Chicken & Sausage Soup over at Simply Stacie. 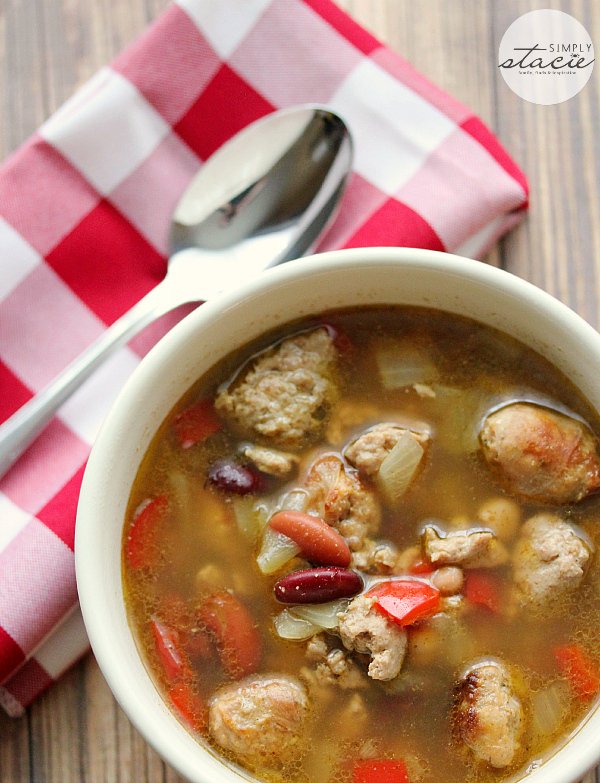 If you’re looking to serve your party guests a great southern dish, try this roasted ginger beer can chicken! This chicken recipe will leave the mean juicy and the skin nice and crispy, just the way I like it! So grab a can of beer, stick it up the chicken’s butt and follow the recipe found over at 4 The Love of Food Blog. 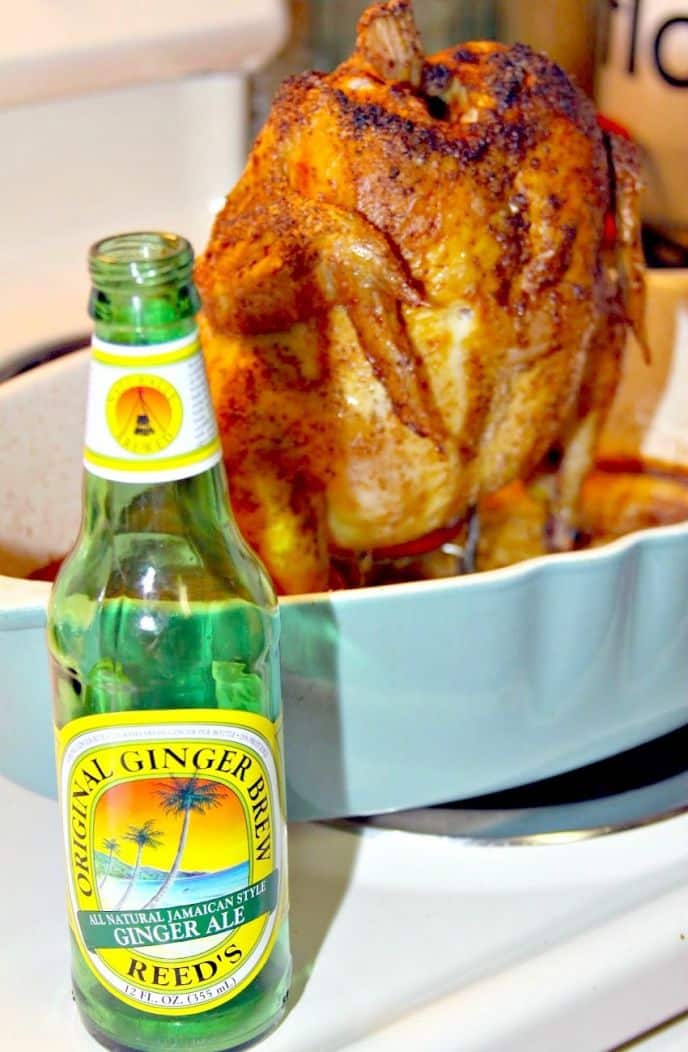 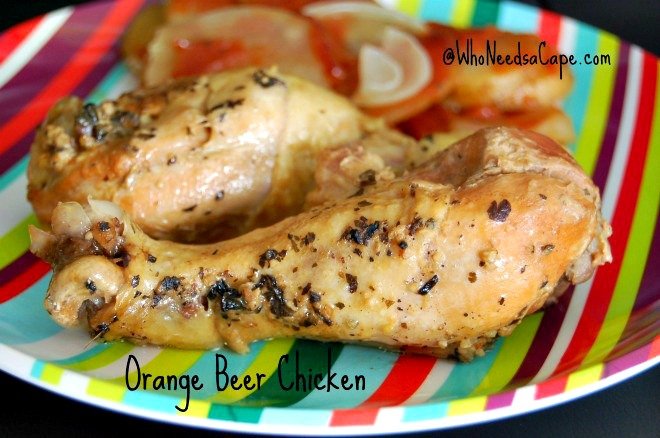 You can’t have a beer party without desserts! These ideas for beer party desserts are amazing, look great and taste even better. If you’re throwing a beer foods party, you must serve at least one of these amazing beer inclusive desserts. Which dessert looks best to you? Share in the comments below!

It’s not party without an amazing spread of desserts! These Guinness Beer Cupcakes with Bailey’s Frosting is the perfect way to wrap up a beer foods party! Tape into your inner baker and whip up these delicious tasting Guinness beer cupcakes! Find the recipe at Cincy Shopper. 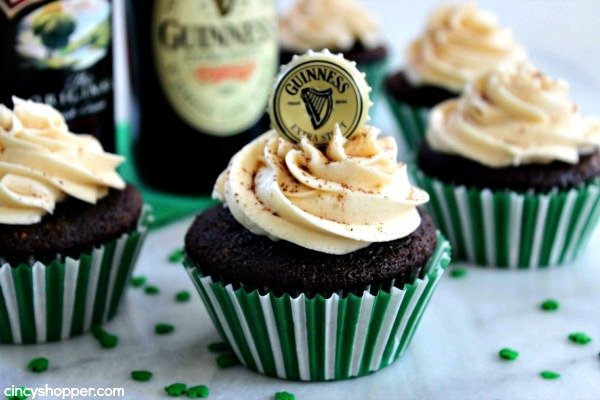 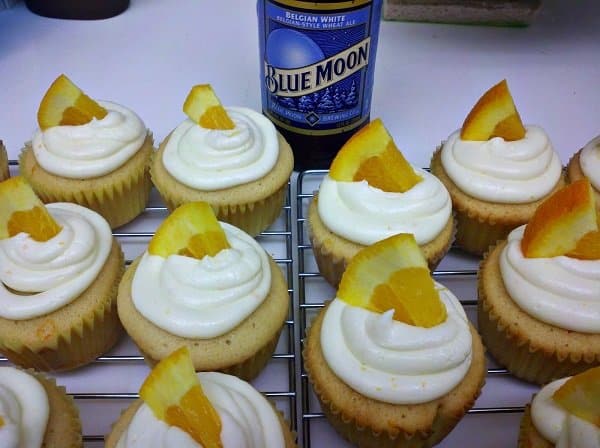 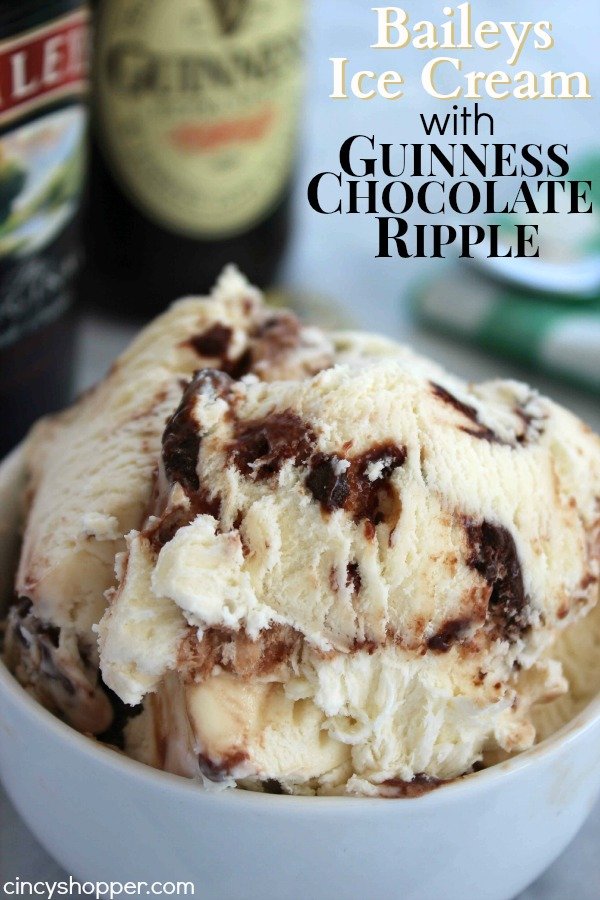 For those party guests who can’t take a hint and end up crashing on your couch, you’ll have Guinness chocolate donuts with a Bailey’s glaze to serve to them. These donuts are flavorful and you’ll notice how the Guinness beer really makes the chocolate flavor pop. Don’t take it from me though, try these yourself. Get the recipe at Cincy Shopper. 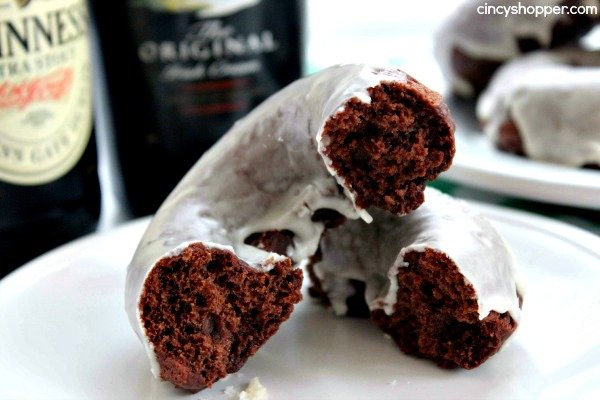 There you have it folks! A whole line up of beer party food ideas. From appetizers to drinks, dinner and desserts! You can’t go wrong by serving any of these dishes at your beer foods party, so get cooking and tell us all about it!

From the above recipes, which is your favorite? Leave a comment below!