Hot BBQ chicken drumsticks have all the flavor you’ve been missing! BBQ this recipe tonight!This shop has been compensated by Collective Bias, Inc. and its advertiser. All opinions are mine alone. #KingOfFlavor #CollectiveBias

These fiery hot BBQ chicken drumsticks will give your best tailgating chicken recipe a run for it’s money, and it’s wicked easy too!

Learn how to grill drumsticks to make them juicy and fall off the bone. And if you have a BBQ smoker, check out how to cook smoked wings at home. 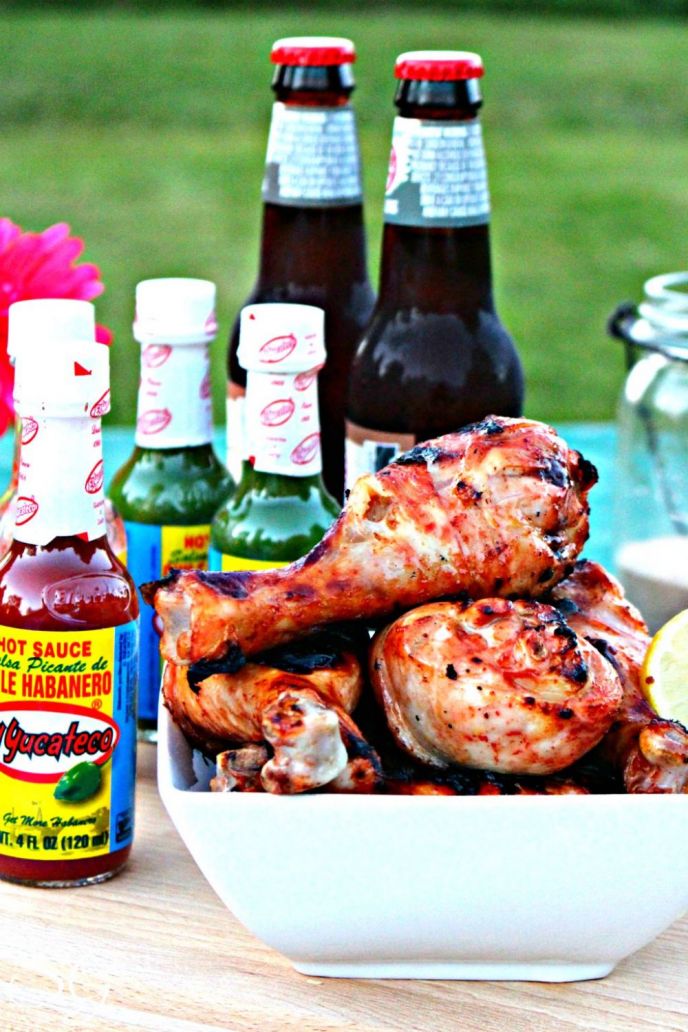 Why drumsticks? Well, I’m not a big fan of chicken wings, there isn’t enough meat and you need both hands – how you going to hold your beer?

The friends and crazy times that always seem to ensue? All of the above? With all of the controversy surrounding NFL Football over the past few years, us fans just need to kick back and enjoy the ride.

From violence and cheating scandals to the entire game of smoke and mirrors being forced on fans, you can’t just enjoy the game anymore without some sort of drama.

So today, El Yucateco Habanero Hot Sauce is going into our hot BBQ chicken drumsticks recipe. A lot of heat and a lot of flavors! Let’s do this! 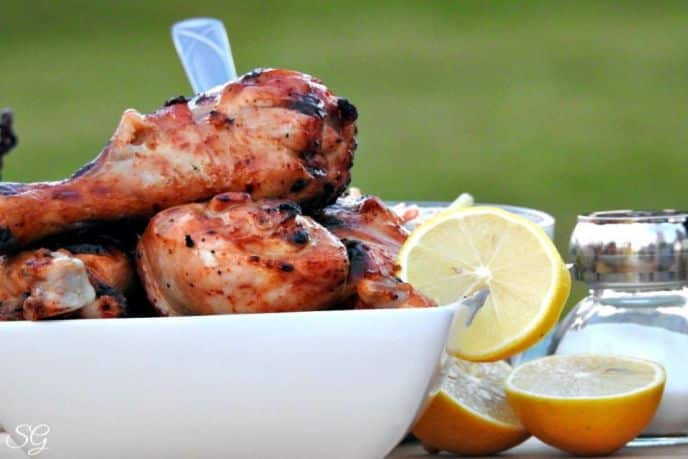 If you grew up watching and playing football in the 80’s and 90’s like me, you’ve noticed where NFL football has gone, and the new rules they’ve introduced over the years.  Instant replay of every touch down? Seriously?

This isn’t an NFL video game kids. The other thing I don’t care for is the challenge flag.

When I was growing up, it was what it was. You don’t get to watch the replays or challenge the official ruling on the field. Play forward, when a mistake is made and you (the players and coaches) know it – you fight twice as hard to overcome the error, not toss a flag out of your sock and cry foul, stop the entire game and have a look at the replay. That just bugs me.

Referees making errors has always been part of the game, and I think the instant replay allows teams to feel more protected against error, which affects the entire scope of the game.

Errors add fire to the player’s belly, make them play harder – give them something to overcome – an error can make them fight harder. Too many whiners on the field and in the stands are slowly dismantling what was once a great game. 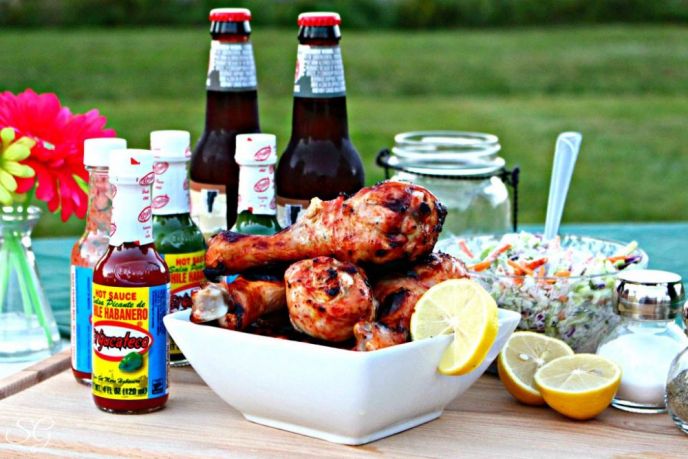 Wasting no more time, let’s jump right into this El Yucateco Hot Sauce fiery chicken sauce recipe. For a chicken dish, there’s no better than a drumstick slathered in a fiery hot BBQ sauce with a side of coleslaw and an ice-cold beer, right?

For this hot BBQ sauce, I’m going to be using the El Yucateco Red Habanero hot sauce in my recipe today.

This variety of El Yucateco has less vinegar than other sauces, uses red habanero peppers and has a really decent amount of heat, it’ll give you that nice kick you’re looking for.

This packs a little more punch than the red habanero sauce, but also contains far less vinegar than other sauces – so you get real, undiluted flavors! 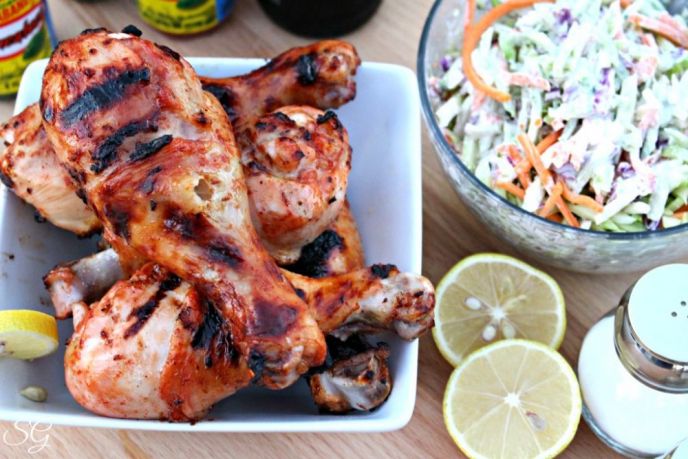 To get started, we’re going to pick up some El Yucateco Habanero Hot Sauce at Walmart.

Too hot for me, but great for some of you hot sauce fanatics! 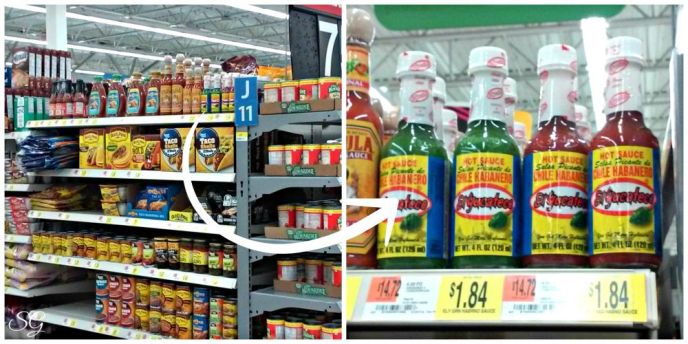 In a bowl, we’re going to mix the El Yucateco Habanero Hot Sauce, soy sauce and ketchup together.

Then we’ll add the brown sugar, salt, and pepper before giving it a final stir.  Scroll down for the full (printable) recipe. 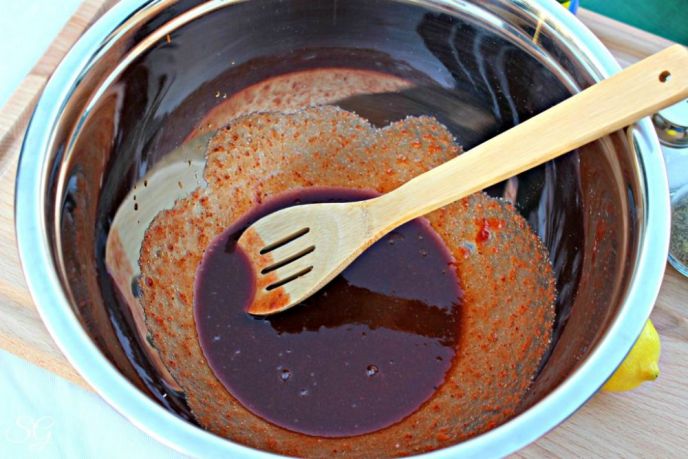 Toss the chicken drumsticks into the bowl and mix them around. Make sure you get them all covered well.

You can do this ahead of time, or just before tossing them on the grill.

If you do this ahead of time, the chicken will absorb more of the flavor – just make sure you cover the bowl with plastic wrap and let them marinate in the refrigerator.

Cook the drumsticks on the grill as directed in the recipe below.

Chicken should reach a temperature of 165 degrees before being consumed. FDA Food Safety Chart 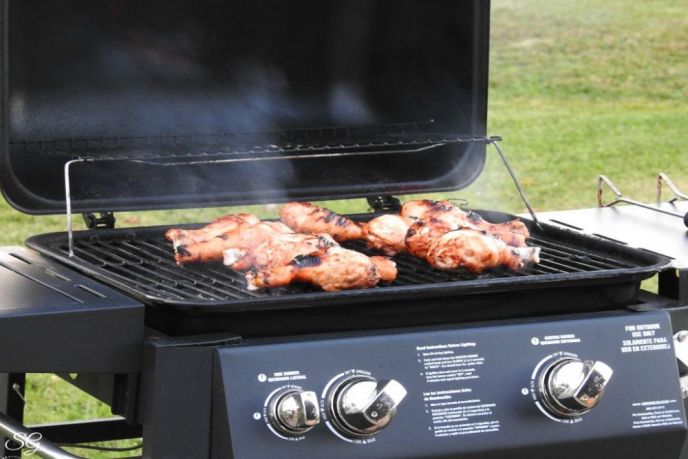 Now that your chicken is ready and the game is about to begin, there’s nothing left to do but grab a drumstick or two, some coleslaw, a beer and enjoy! 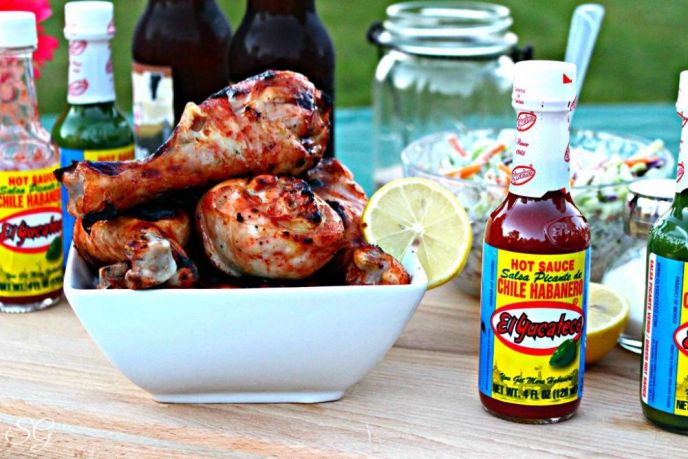 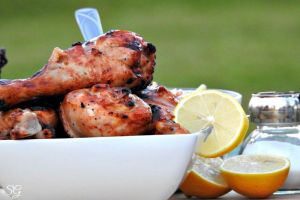 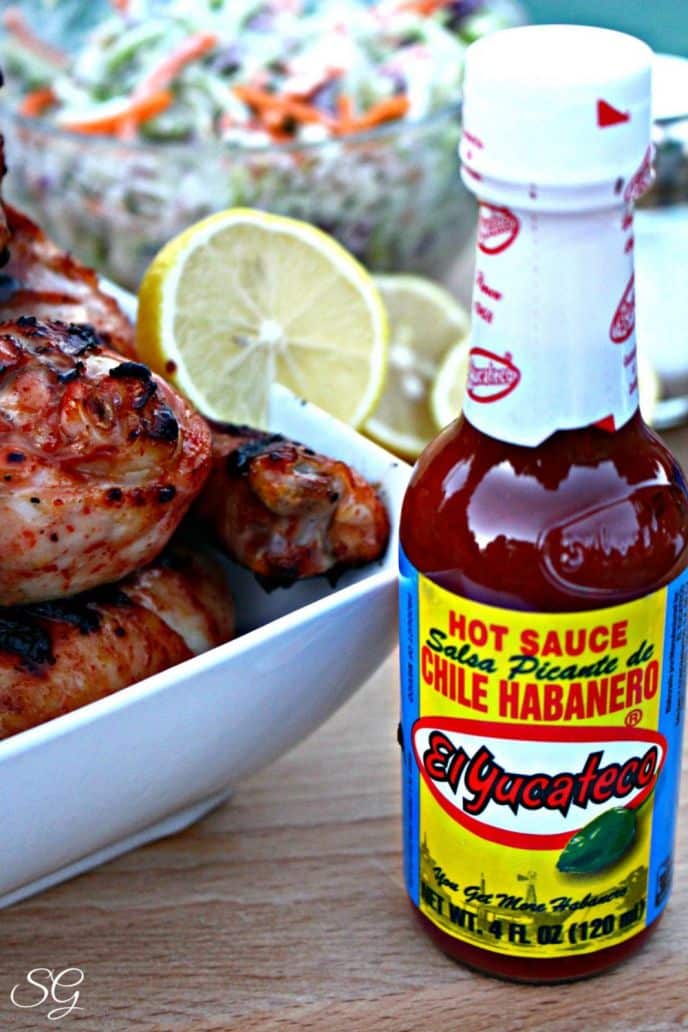 What food is your favorite when served up with a dose of hot sauce?