It’s time to celebrate with Mardi Gras desserts! If you don’t have the time to make a big King Cake to celebrate, these King Cake bites are the next best thing!

This is an easy Cajun dessert recipe, and you don’t need to be on Bourbon St. to enjoy it.

Fun and quick to make, and will have you celebrating Mardi Gras in tasty style! If you’re looking for an easy New Orleans dessert recipe, this is it!

Check out these Mardi Gras recipes, too! 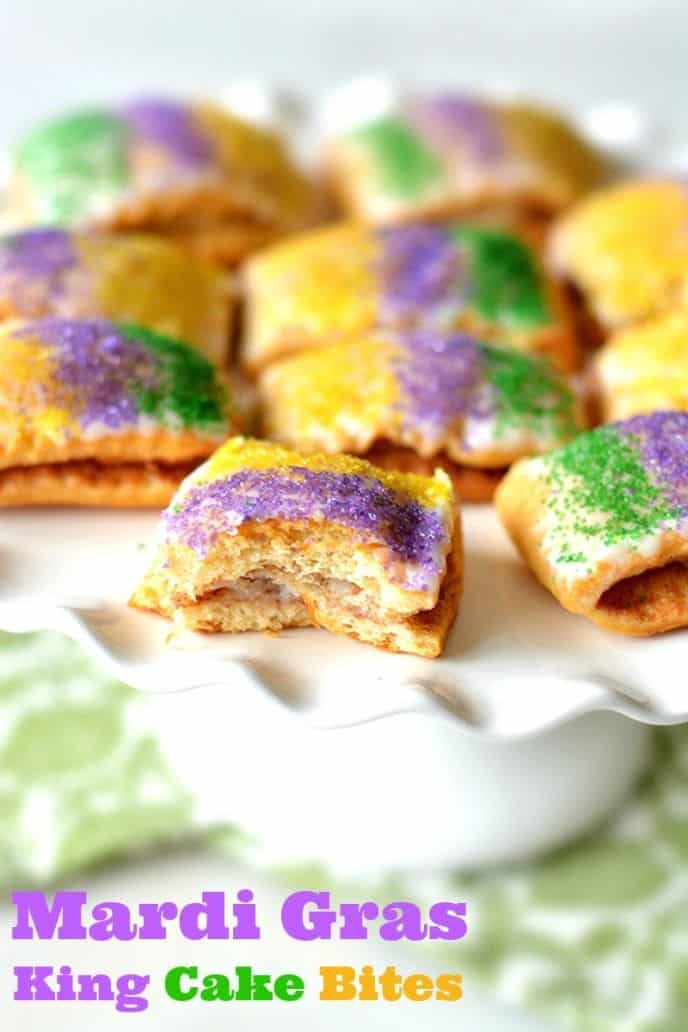 Have you ever been to New Orleans for Mardi Gras? Kate and I visited New Orleans last year and we had a blast!

One place you need to stop while you’re down there for Mardi Gras is Bourbon House – and get the Bourbon Milk Punch – it’s awesome!

Bourbon House restaurant is literally one of the very first restaurants on Bourbon St., just off Canal St. Stop in for a bite and drink. 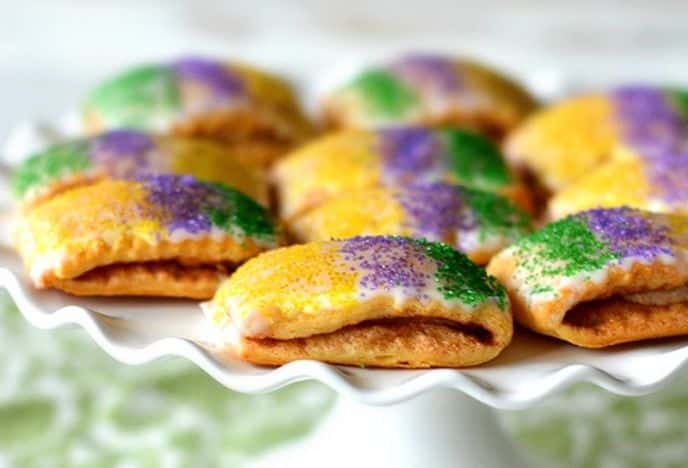 You’ll get to see alligators up close and personal as you ride on a guided boat through the waterways and into the swamp! Read about our Cajun Encounters Swamp Tour!

Enough about alligators, let’s get back to our delicious King Cake Bites recipe.

These little dessert bites are packed with all the flavors of King Cake. They won’t make a big mess in your kitchen either.

This recipe will make enough King Cake bites for you to serve up as a Mardi Gras snack at your party or bring them into work to share.

It makes about 32 little Mardi Gras desserts! Just don’t forget to include a King Cake Baby in one (or a few) of them!

I probably wouldn’t cook the babies into these, but serve them alongside. Best not to melt the baby Jesus.

Get your Mardi Gras party supplies! 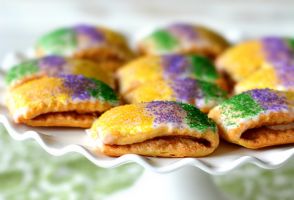 Still have an extra day in New Orleans? Check out the Audubon Zoo, Aquarium and Insectarium. We did and it was a blast, the zoo was awesome!