Only the pure in heart can make a good soup! Multiple potato leek carrot soup recipes are floating on the internet. However, mine is different. I know it’s a pretty bold statement, but trust me on this one. Not only is this recipe super easy, but it’s also super yummy.

If you correctly follow the instructions, you hit the jackpot. This comforting soup recipe will make people fall in love with your cooking skills.

This super cozy potato leek carrot soup has a rich, creamy taste that can please even the pickiest of eaters. Its spices bind the flavor together, giving this soup a fantastic taste that is hard to forget.

Whether you have invited your friends or your date to spend some quality time, this soup will be a perfect choice. And have I told you my soup doesn’t require you to spend all of your afternoon in the kitchen?

Keep reading to know how this yummy potato leek carrot soup is prepared.

One thing that I like the most about this soup is that it has got plenty of vegetables, which can keep anyone full for a good time. The vegetables of this soup combine perfectly and give a blast of flavors.

Another secret of this soup recipe is that it has been passed down through generations. Originally, this recipe belonged to my grandmother, who then passed it to my mother and aunt. And then it came down to my cousins and me.

This soup has gone through some changes through the generations, but its taste is still the same, delicious and comforting. While this soup has a creamy taste, you don’t really have to add cream as perfect blending makes it creamy and smooth.

Follow the steps properly to recreate this soup correctly.

Honestly, it’s a simple recipe and can be easily followed. But still, I have divided the steps for you to understand everything quickly.

To start preparing this amazing potato leek carrot soup, you need two large size potatoes. Peel them, wash them, and dice them in a shape that can be quickly cooked. Make sure the pieces are not too big because then, the cooking time will be increased, and the flavors will be compromised.

After potatoes, you can then take four carrots, peel them, wash them, and cut them in a proper shape. Lastly, take three leeks, wash them to remove all the dirt. Then dice them.

The second step mainly includes cooking. So, take a large pot and keep it on medium flame. Once the pot is hot, add olive oil to it. Then add diced potatoes, carrots, and leeks— cook the vegetables for a couple of minutes.

Once again, mix the vegetables and cook them till everything is combined well.

Moving further, you can add more flavors to the soup by pouring the vegetable broth into it. Let the vegetables get nice and juicy in the broth. After the veggies are cooked, turn off the flame and let the pot sit on the side for around one hour.

After the veggies have cooled down, blend it until it gets smooth. Then you can serve it with any of the dishes that you like. Or you can enjoy this soup without anything else.

What to Serve with Potato Leek Carrot Soup?

Potato carrot leek soup is a complete dish on its own. But if you want, you can serve it with items like garlic bread, spinach salad, roast beef sandwich, ham sandwich, German pretzels, or anything else that you like.

If you have prepared extra potato leek carrot soup, you can store it in the refrigerator for about 3-4 days. Transfer the soup to an airtight container and keep it inside the fridge.

And then whenever you want to enjoy this soup, reheat it in a microwave or stovetop. But avoid reheating a portion more than one time. That’s because then you will lose the flavors. 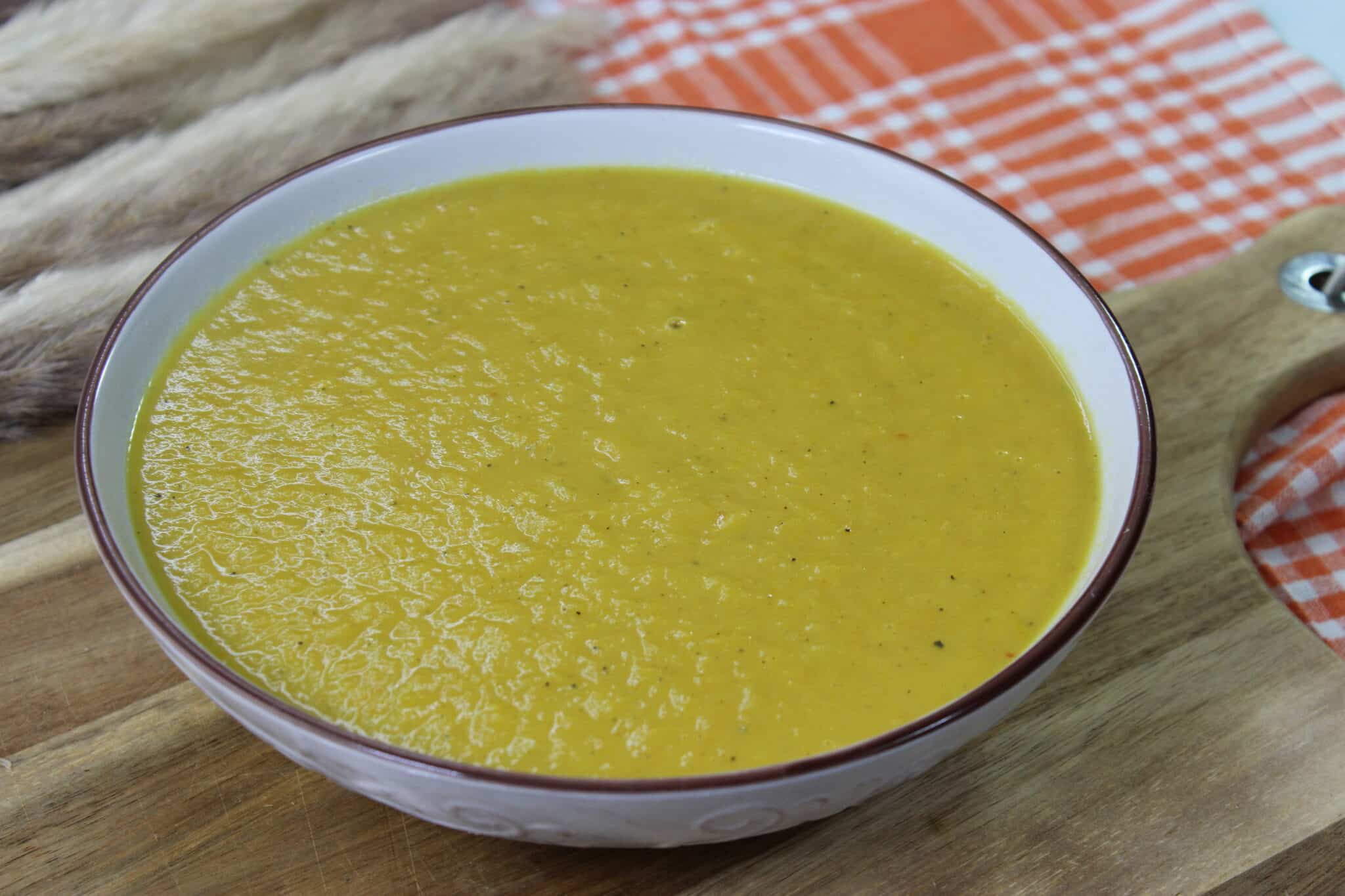 What's better than enjoying a bowl of warm potato leek carrot soup and watching your favorite show? That's why I have shared my recipe that requires minimal effort. Once you have prepared this soup, you cannot stop yourself from making it again and again. So, scroll down to get into details.
Servings 4 people
Prep Time 10 mins
Cook Time 1 hr
Total Time 1 hr 10 mins

Notes: You can replace bigger potatoes with smaller ones to fasten up the cooking process.
Author: Scrappy Geek
Course: Appetizer, Soup
Cuisine: American
Share via