It’s time to get patriotic with red, white and blue cupcakes! Celebrate the 4th of July or other patriotic holidays with this fun cupcake recipe. Do you know someone in the military? Did you know M&M’s® was first made as rations for our troops? They were! With that in mind, we’re celebrating our freedom with M&M’s® red, white and blue cupcakes and other treats, like these patriotic cake pops and freedom fries pretzel rods! 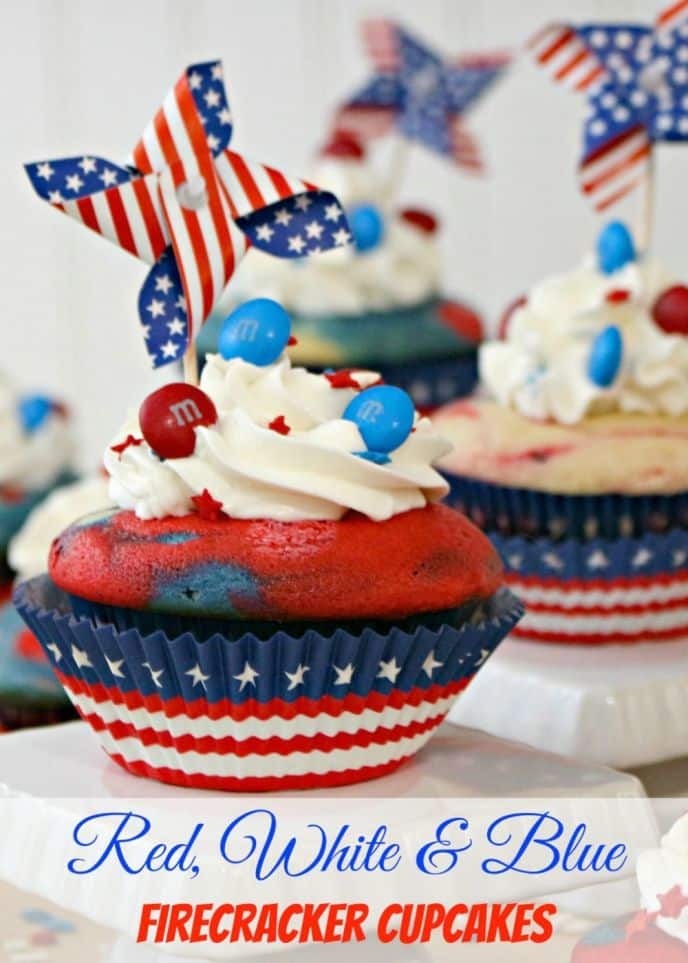 Let’s not waste any time getting our freedom on and dive right into this easy patriotic cupcakes recipe! We’ll begin with a box of white cake mix. Read the back of the box to find out what you’ll need to make cupcake – brands may differ.

Mix the cake mix according to the package, then separate into three bowls. In one bowl, we’ll add blue food coloring or food gel. In another bowl of cupcake mix, we’ll add red food coloring or food gel coloring. We’ll leave the third bowl white. Note: I used the egg whites only – disposing of the yolks as the yellow from the yolk makes it a little more difficult to color the mix blue and red and will give the white a less pure color. 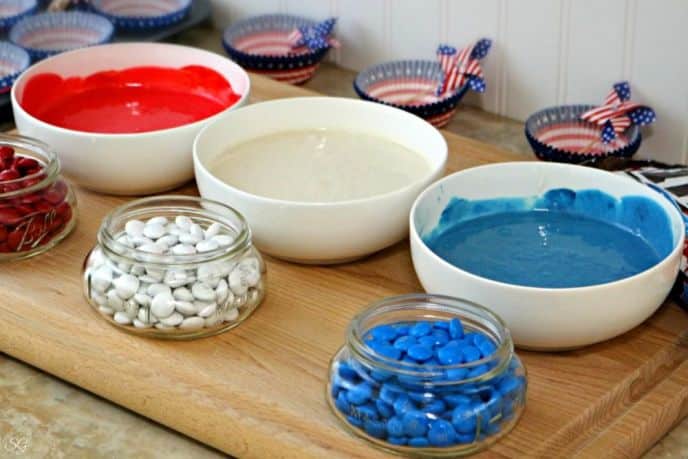 Next, mix a few of your patriotic jimmies into the white cake mix bowl. Line your cupcake pan with patriotic cupcake liners and add equal amounts of each color to each cupcake liner. One tablespoon of each color; red, white and blue will work great. Unless you’re like me and like overflowing cupcakes so you get a cupcake top – you know – like a muffin top on your cupcake ;).  Add the colors in order, blue, white and red on top, or mix and match any way you want. You could even add them next to one another in the cupcake liners. I wouldn’t suggest swirling them as the colors would likely just blend into an ugly color.

Once your cupcake liners have the cupcake mix in them, about 3 tablespoons (or more for fat-top cupcake) add a few red, white and blue M&M’s® candies to the top of them. They’ll sink a little as they cook.

Bake your cupcakes! Follow the instructions on your cake box mix. They’re done when you stick a toothpick in and it comes out clean, just make sure you don’t mistake a melted M&M’s® candy for wet cake batter. 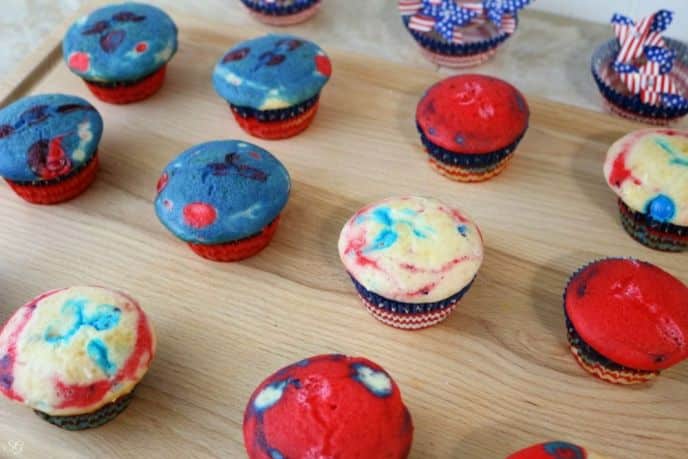 Once your cupcakes are cooled, it’s time to frost them! I’m using white cupcake frosting. 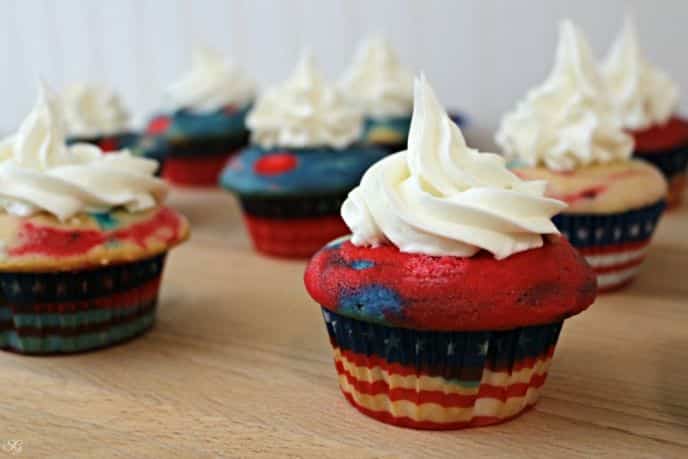 Then I’m decorating them with patriotic sprinkles and Red, White and Blue M&M’s® Milk Chocolate candies. 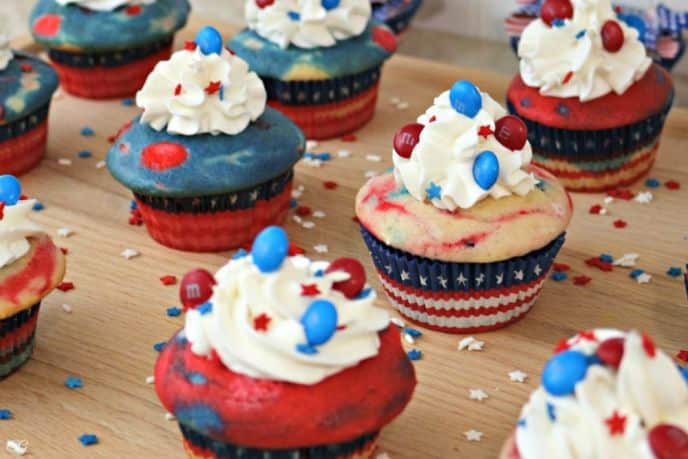 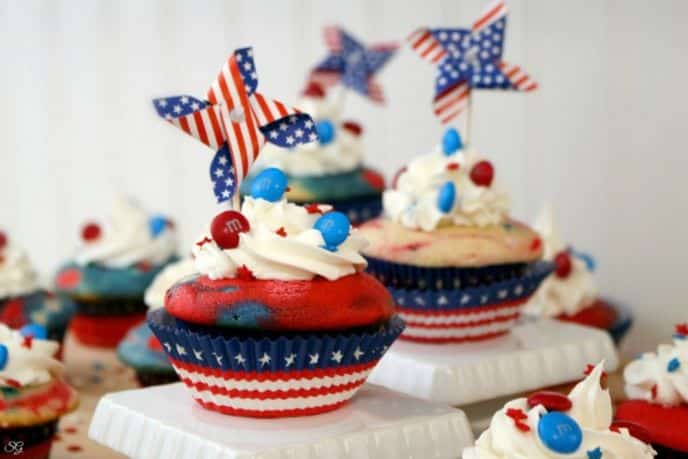 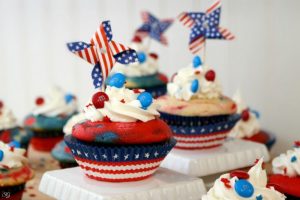