Sheet pan shrimp fajitas are simple and delicious! This shop has been compensated by Collective Bias, Inc. and its advertiser. All opinions are mine alone. #MazolaHeartHealth #CollectiveBias

Sheet pan shrimp fajitas are easy to make. Also, it’s better for you than similar dishes. And it makes a great weeknight family meal. Best of all, they can be made in one pan!

Rather than making beef fajitas, we’re using shrimp. And instead of sour cream, we’re topping them with yogurt. Also, instead of using EVOO, we’re cooking with Mazola Corn Oil.

As you well know, we’re all about easy recipes that feed a crowd. So, cooking everything in a one sheet pan makes this not only easy to cook but easy to clean up too!

For this one pan shrimp fajitas recipe, we’ll be using a handful of ingredients. As a result, most of the ingredients you’ll already have on hand.

You might be wondering what you should put on your shrimp fajitas. On the positive side, they’re actually really easy to make on a sheet pan.

For our recipe, we’re adding bell peppers, chili peppers, onion, and shrimp in the pan.

As for toppings, we’re going with plain yogurt and guacamole. However, if you’re wishing to add a final punch of flavor, a squeeze of lime will do the trick.

I love the zing the quick squeeze of lime adds to this recipe – give it a try!

Let’s get down to making shrimp fajitas. This sheet pan shrimp fajitas recipe will be a new go-to for your weeknight meals. Because it’s that easy to make!

First, slice your peppers and onion. Then, toss them in a bowl with 3 tablespoons of Mazola Corn Oil and 1 tablespoon of taco seasoning. Next, spread them out in an even layer onto a sheet pan.

Then, pop them in the over at 425 degrees F for about 10-14 minutes while you prepare the shrimp. Using the same bowl, toss the shrimp with 1 tablespoon of Mazola corn oil and 1/2 tablespoon of taco seasoning.

When 10 minutes is up, remove everything from the oven. And open the tortillas to begin the assembly.

Finally, place a scoop of shrimp and veggies in a warm tortilla. And top with guacamole and yogurt.

All things considered, this really is a simple recipe and easy cleanup, too!

Let’s take a quick second to talk about our sponsor for this post, Mazola Corn Oil.

Mazola Corn Oil is an all-purpose, cholesterol free cooking oil that is a smart heart-healthy* choice for your family.

*See Mazola.com for more information on the relationship between corn oil and heart health. It has a variety of uses include baking, grilling, sautéing, stir frying, or mixing up a marinade or dressing.

I like using Mazola Corn Oil when I’m cooking because, as you know, I grill a lot! Every night from spring to fall, our grill is fired up and cooking.

Is Corn Oil Good For Frying?

One thing you may not realize is that cooking oils have different smoke points. Because Mazola has a high smoke point of 450°F, it performs well in a variety of cooking applications, including grilling and stir-frying.

Once the smoke point is exceeded, the oil can affect the flavor of your food in a negative way.

Another reason I like using corn oil is the reduced saturated fats and cholesterol when substituting it in place of butter in some recipes. So, simple swaps can make things a whole lot better for you. 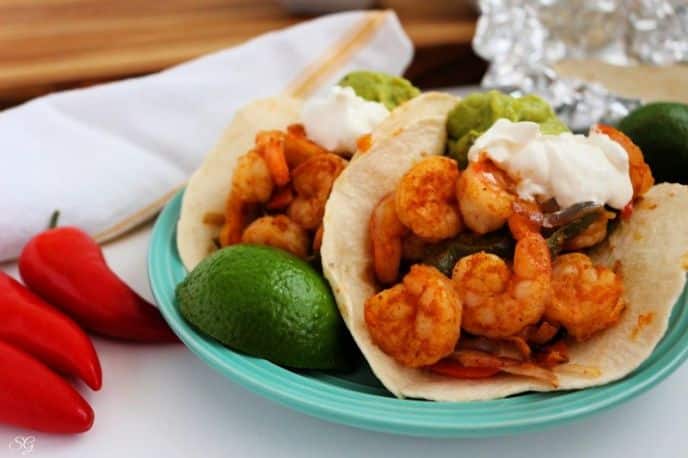